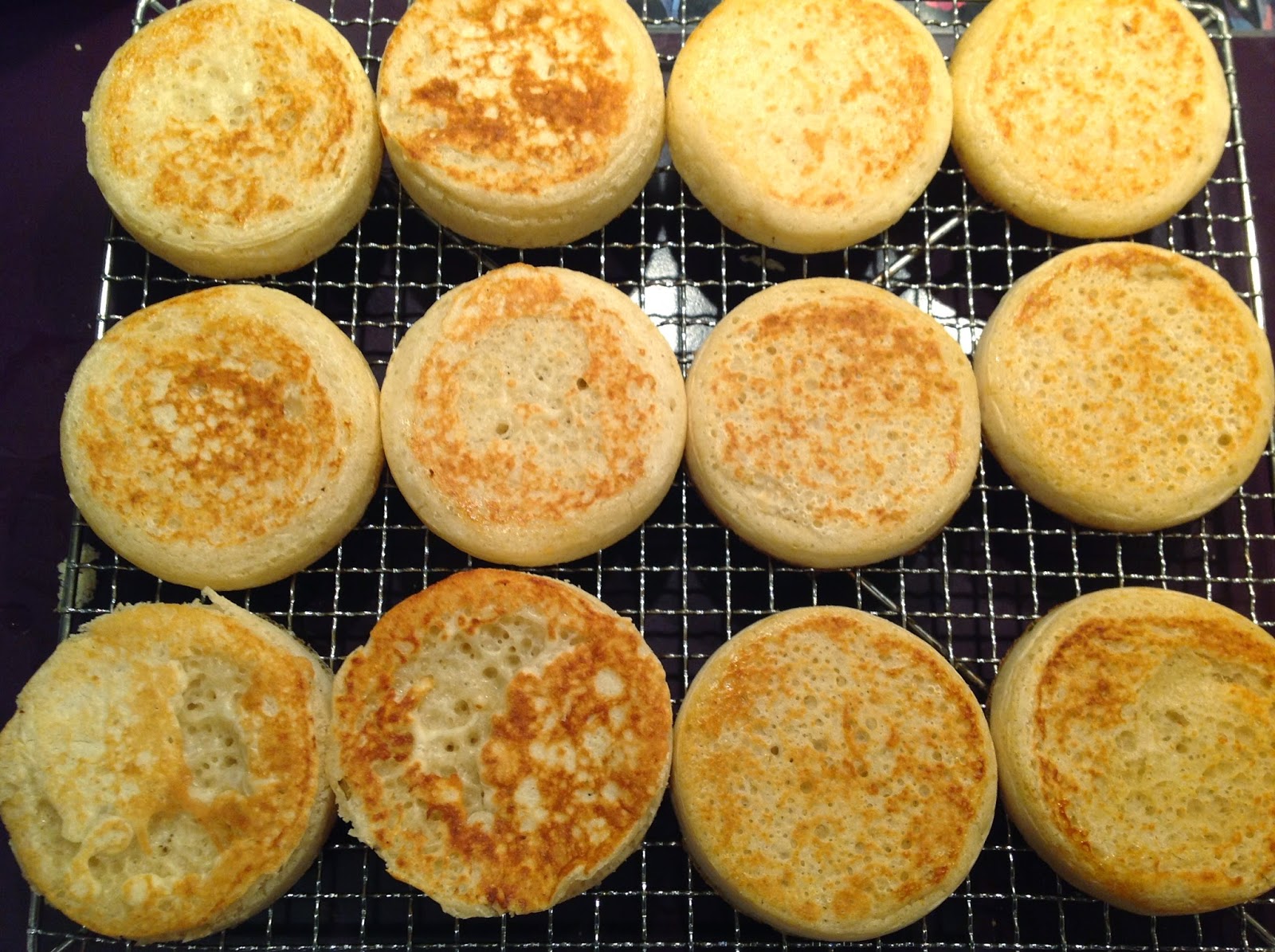 I am posting this recipe here as many people make Sour Dough bread in the TMX and wonder what to do with an excess of starter,  this is an easy and delicious way to use it. 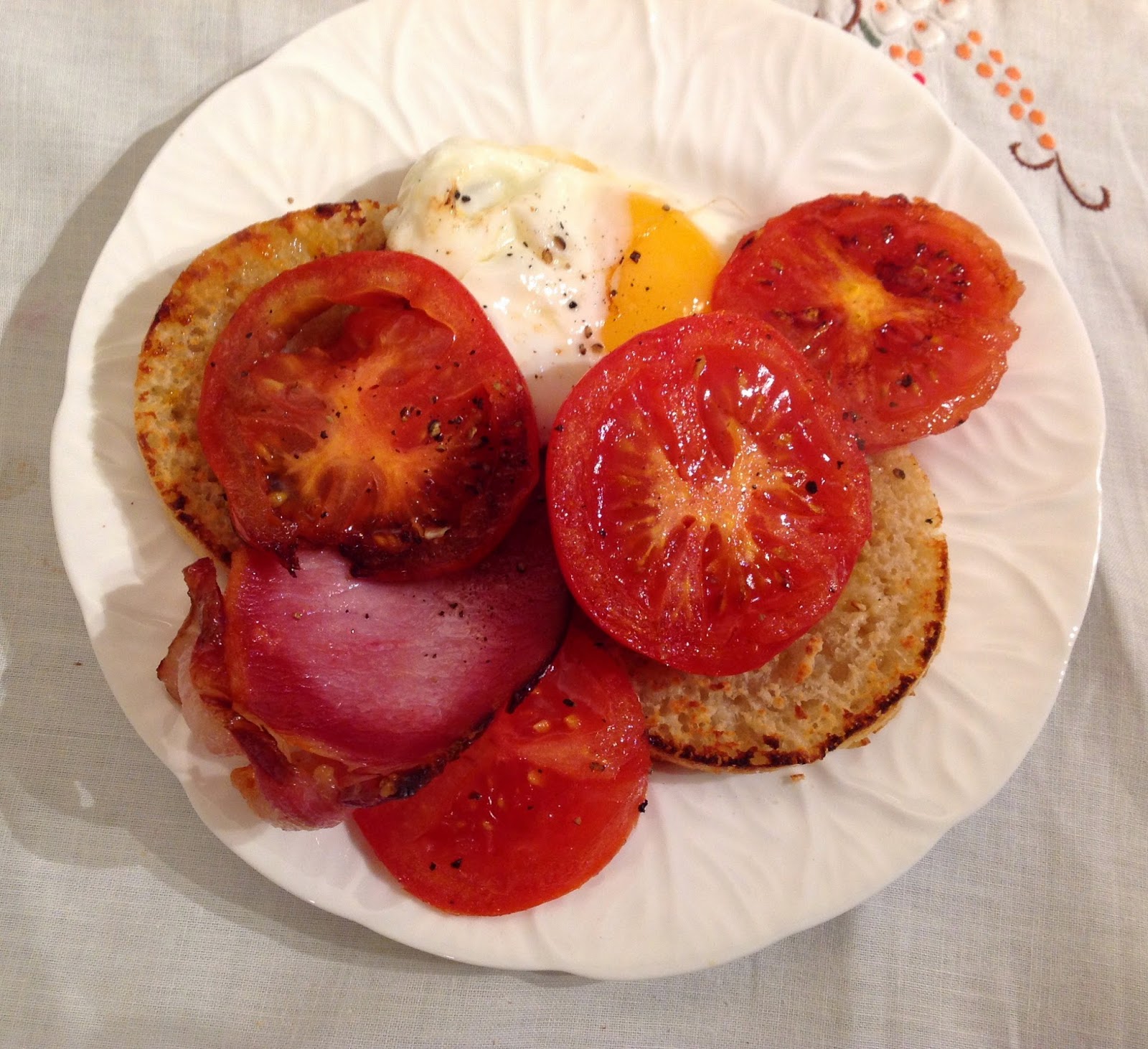 These are so easy , and good to use up some Sour Dough Starter.  I fed the starter in the morning,  left it on the bench all day and went out. While out I bought some crumpet rings as I think the normal metal egg rings are too small. The rings I bought are 'd.line' egg and crumpet rings,  non stick and about 9 cm  diameter. They were $1.79 for a packet of 2.  I bought 2 packets.  These are much better than the large silicon rings as they cook the edges of the crumpets as the base is cooking.
The recipe I used is from an English site,  King Arthur.
Ingredients. For 4 crumpets.  Mix and cook 4 at a time.

Method
Oil a large non stick flat based frying pan.
Oil rings and place in frying pan to heat.  Place rings so that the rim is outside .
Pour sour dough starter into a 2 cup jug.  It will bubble up when the carb soda is added.
Add sugar, salt and carb soda.  Give it a good stir.
Pour immediately into rings.  About a 1/4 cup into each.
Cook over moderate heat for 7 minutes.  You will notice that edges are starting to set and slightly pull away from ring.
When top has just set,  the rings can be lifted off.
Flip crumpets to cook top slightly.  Remove and cool on cooling rack.

Continue with above method.  No need to re oil rings, but do brush oil on pan between batches.
Notes.
These do not taste sour.
Some were thicker than others.  The very thick ones,  I split before toasting.  The thinner ones were toasted without splitting.
Posted by elizabeth at 3:35 AM

Not specifically related to this post, but I need help. I did your workshop on the weekend, and I haven't had any bubbles in my starter after feeding, nor is it growing at all. Have it in the kitchen. Using rested tank water at room temp and organic wheatflour, wholemeal. Have now switched to organic white, but nothing. Merran