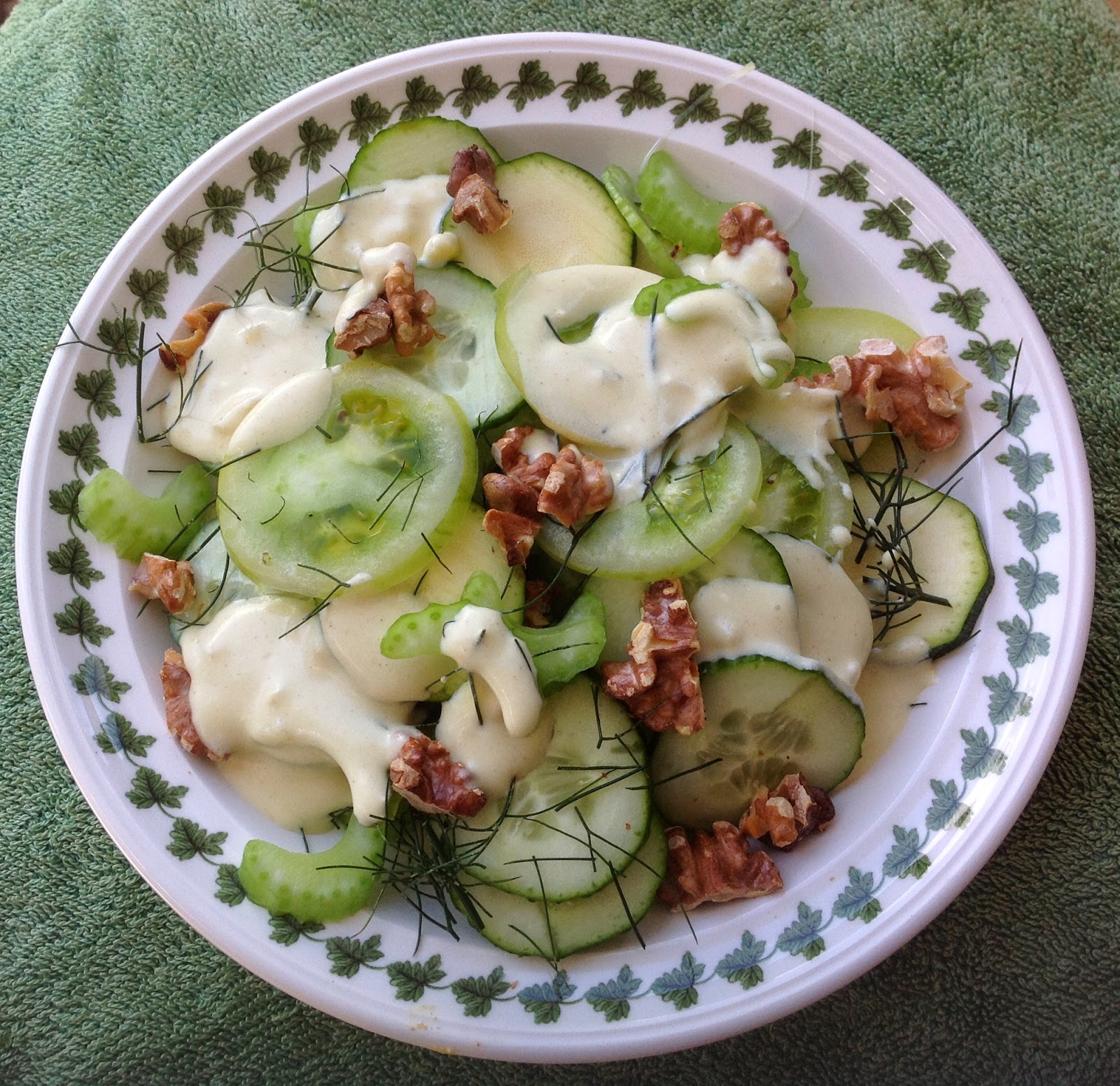 This recipe is adapted from the April/ May Dish Magazine.  The dressing can be made in the TMX but the green vegetables are best if sliced on a mandolin or with a very sharp knife.
It is nice to be able to use veggies from the garden and the Green Tomatoes and Zucchini are both the last of the season.
I have doubled the dressing ingredients as it is particularly nice and could be served with any salad.
This makes 6 generous serves.

Dressing
Add all ingredients to TMX bowl and mix on speed 5 for 5 seconds.

Shave all vegetables into a large bowl and toss with salt and pepper . If making ahead, add salt and pepper just prior to serving.
Arranged on a large platter and scatter with, fennel fronds, lemon zest and walnuts.
Drizzle with some of the dressing.

Note
I served this salad with fish in egg and bread crumbs and TMX mashed potatoes.